War to end all wars part 1

War to end all wars part 1

This page contains mostly photos that also appear on other pages, but it also contains some unique to this page.

The planet Teagarden B orbits an M-type red dwarf star about 12.5 light-years from Earth.

Eons ago the Teagarden star ceased to emit significant levels of the gamma radiation on which genetic mutation depends.

Therefore, evolution ceased, as did the advance of technology. As a result, for millennia, its human society — the planet is populated solely by woman — never changed. 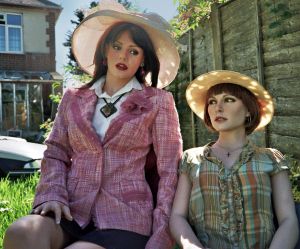 Anoushka and June taken with a film camera

The only disputes these women had ever known were about such things as who was wearing the most fashionable hat that week.

“Will we ever come here again?”

Laura and Rebecca, life-long friends across oceans and lands

Then, for reasons lost to history, a war broke out that encompassed all inhabited regions of Teagarden B. A war to end all wars. 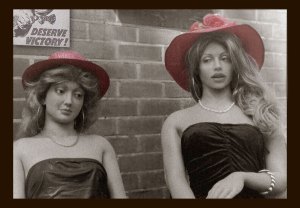 Laura interned as an enemy alien 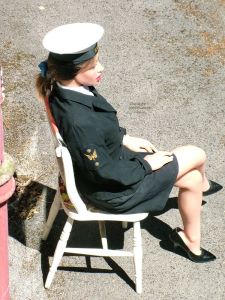 Caroline of the WRNS 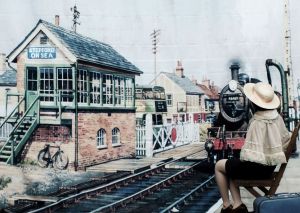 Meotzi was sent away to be safe from enemy bombing and to ‘learn a trade’ at Camp Labor via Joy.

Rebecca is sent to a cold land to liaise with allies. 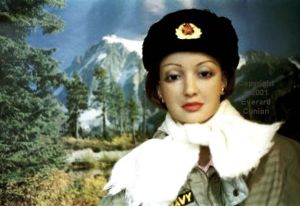 Caroline at home with Rebecca, Sindy the doll, and Discus the cat 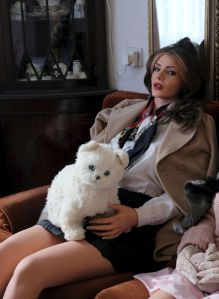 Anoushka and her big white cat

It wasn’t a very bright light, but you could see pretty well. There’s a white cat asleep on the seat of a chair, and sitting beside the table under the lamp is a woman about fifty, I should say, and she is sewing on something.

— Novelist and war correspondent John Steinbeck, purportedly quoting a U.S. Army sergeant telling of a ghostly experience when walking back to his base in England after dark, in The Cottage That Wasn’t There, 1943

For the other cat I bought at the same time as Anoushka’s cat, see Cynthia.

This topic continues in War to end all wars part 2.