Both these heads were made by Oleg and Irina at Anatomical Doll, Vladivostok, Russia, in 2013 and 2012, respectively. They time-share Anoushka‘s body. As such, they stand nearly six feet tall in high heels.

Like Anoushka and Faina, Raisa arrived with her eyes centred. Deflecting them without damaging the eyes or eyelashes requires care. First, apply water-based lubricant (and extra water to dilute it, if necessary) onto the eyes and use a ‘cotton bud’ (a flexible plastic stick with cotton wool on the ends) to work it under the eyeball. The taper-nose pliers grip the sides of the eyeball, where any scratches caused are not seen.

I am not sure that she looks any younger than Anoushka, but it is an idea that occurred to me at the time. 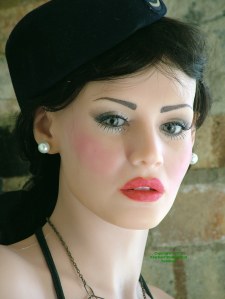 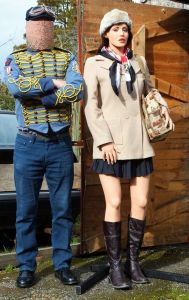 “See what us dolls have to put up with?”

“What shall I do with this one?”

The tied up doll is Lucy. 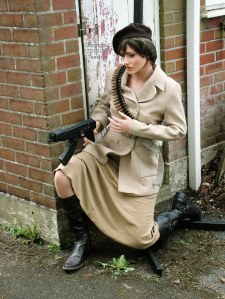