Anoushka was made in 2010 by Anatomical Doll of Vladivostok in Russia, sadly no longer trading. She is as large as she looks, standing nearly six feet tall in high heels. 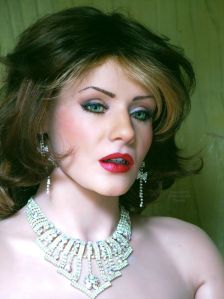 Oh, I saw you by the wall
Ten of your tin soldiers in a row
With eyes that looked like ice on fire
The human heart a captive in the snow.

— from the lyrics of Nikita by Elton John, 1985 (four years before the fall of the Berlin wall) 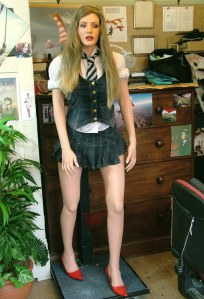 In the 2007 film St. Trinian’s, one of the young twins calls out “Anoushka! Come ‘ere girl.” Anoushka, played by Anlgo-Russian actress Tereza Srbova, saunters over. Her task is to drink a glass of the vodka they are making to prove that it is no longer fatal… 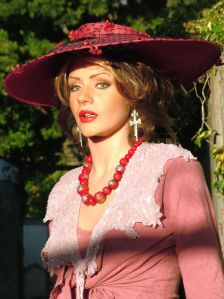 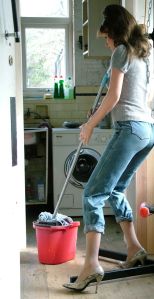 Anoushka cannot stand by herself. For standing and walking poses, she is attached to a doll stand.

“After the nuclear holocaust, it’s just us dolls and the cockroaches.”

Benita gets the shot at the UK doll convention in 2011

Outside at the 2011 UK doll convention 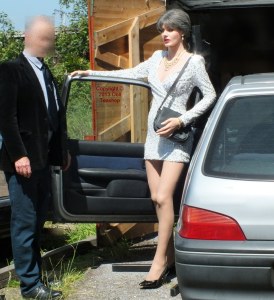 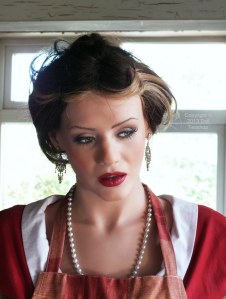 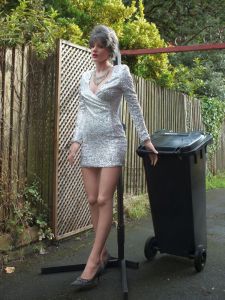 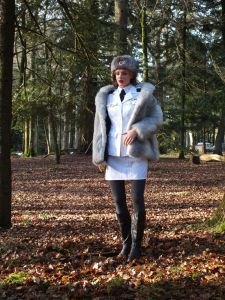 In the New Forest, southern England, on Xmas day, 2014

The New Forest scene was for a documentary by a team from Holland. See My Silicone Love by Sophie Dros on Vimeo. The wide spacing between the trees is to facilitate rapid deployment of T-34s and other armoured vehicles in defence of the motherland. 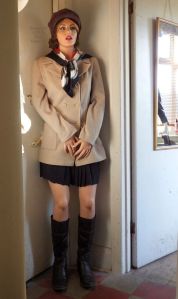 Result of the revolution

Her head is detachable. See Raisa and younger Anoushka, who both time-share Anoushka’s body.