The absence of wing-mounted camera photos on this page is because I did not fly in 2018.

This page continues from My ground-based hang gliding photography 2018 part 1. It starts with more photos I took at Ringstead in July. 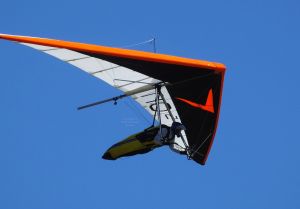 Simon M in his Avian Rio 2 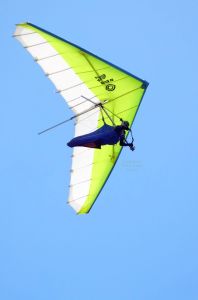 Tony W (not the instructor) in an Avian Rio 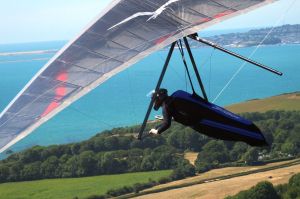 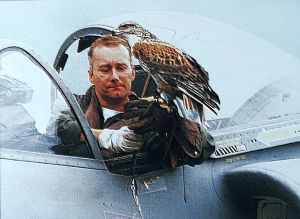 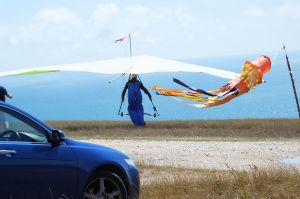 Tony carries his glider, an older Avian Rio, across the hill top

The streamer on the king post, the red ribbon, indicates a pilot with less than 10 hours air time. Tony has more than that, but he recently returned to hang gliding after several years out. 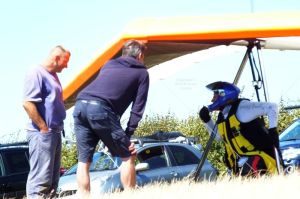 Simon clipped in to the Avian Rio 2 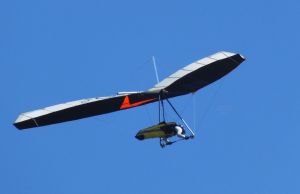 Another view of the Rio 2 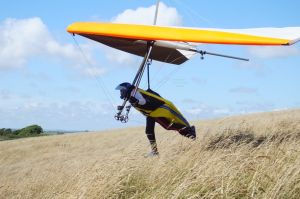 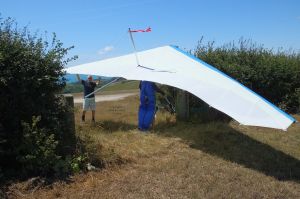 Rob S, at this time chief pilot with Virgin Atlantic Airways, assists Tony getting his wing through the gate

It is possible to maneuver a hang glider through the gate from the top landing field to the hill-top car parking area on your own, but a helper reduces the risk of damaging the glider. Notice from the streamer on the king post that the wind is across the wing. If the wind gets under the wing and lifts it, it could cause much damage.

Monk’s Down in October

Gary D enjoyed an extended top-to-bottom flight at Monk’s Down, north Dorset, England, shortly before sunset on this clear autumn day. The glider is a Superscorpion 2, made by Hiway of Abergavenny, Wales, in about 1981. 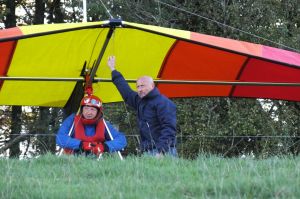 Brian was the first British hang gliding champion — in a simpler wing — in 1974. 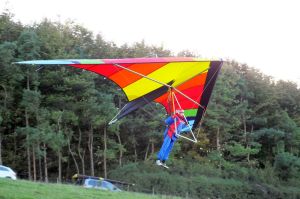 Gary launches in the Superscorpion 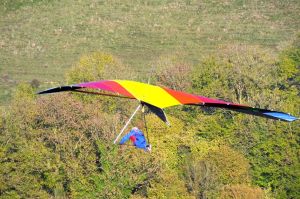 Eking out the lift 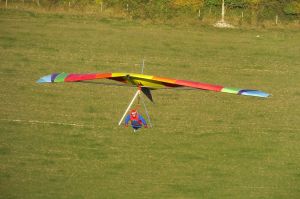 Heading into the sun