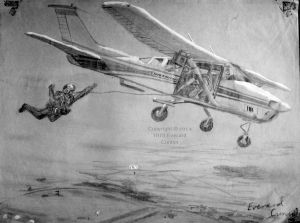 I drew this after my first jumps at Shobdon, Herefordshire, England, in 1979. See Parachuting in Miscellaneous photos.

Hawker Hurricanes in the Battle of Britain, summer 1940

I drew the Hurricanes in 1990, when I worked in Langley, near Slough in Berkshire, England. Hurricanes (and later Typhoons and Tempests) were built at the Hawker factory in Langley. I saw no trace of it in my time there. 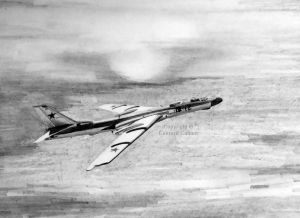 For my 1/48th scale model Seahawk (finished in 2019) see Dieselpunk days in Other plastic model aircraft. 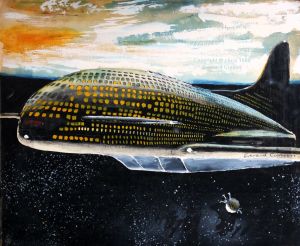 OK, not airplanes, but near enough…

Stingray pursued by a mechanical fish

Stingray (and the mechanical fishes) were in a puppet-based 1960s sci-fi series on UK television by Gerry and Sylvia Anderson. Although technically a submarine, Stingray has the appearance and layout of a light aircraft. 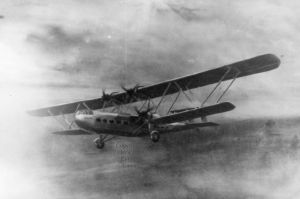 I made the mistake of showing the propeller blades as they often appear in photographs. However, the eyes do not see the blades at the normal speed of rotation of a propeller.

I figured that this 1982 design for a canard flex-wing airliner with a ducted fan propeller would take six passengers at 60 mph on short trips. I wrote that, ‘Weight-shift is by servos operating at the pylon hinge for pitch control and working on the side rigging for roll control.’

Other than my later photos taken at Newton Peverill, Dorset, this was my sole contribution to the world of powered ultralights!

The Northrop YF-17 did not go into production, but it was developed into the F/A-18 Hornet.

Charcoal drawings, Holloway College, about 1937 (by my mother)