This forms part of my Genographic results (edited) in November 2019.

Everard’s hominin ancestry is a breakdown of the amount of DNA he carries from the human-like Neanderthals and Denisovans. Scientists have found that even though these ancient species have long been extinct, they coexisted alongside humans for more than 100,000 years, and some of their DNA remains with us today.

Everard has 2.1% Neanderthal DNA. (That is also the average.)

As our modern human ancestors migrated through Eurasia, they met other hominin species and interbred. These “cousin” species, like the Neanderthals, are now extinct, but the genetic makeup of nearly everyone born outside of Africa today includes 1 to 2 percent DNA from these hominins, living relics of ancient ‘encounters.’
😉

When our ancestors first migrated out of Africa around 60,000 years ago, they were not alone. At that time, at least two other species of hominin—our cousins—walked the Eurasian landmass: Neanderthals and Denisovans. As our modern human ancestors migrated through Eurasia, they encountered these hominin cousins and interbred, resulting in a small amount of Neanderthal and Denisovan DNA being introduced into the modern human gene pool.

Most non-Africans are about 2 percent Neanderthal and slightly less than 2 percent Denisovan. Both percentages are calculated using a sophisticated analytical method that looks at parts of Everard’s DNA that he shares with these hominin populations. The science around this calculation is very new. Thanks to participation from citizens like Everard, we continue to learn more and refine this method. For this reason, his result may change slightly over time as our accuracy and understanding improves.

Why is Everard Neanderthal?

When our ancestors first migrated out of Africa around 70,000 years ago, they were not alone. At that time, at least two other species of hominid cousins walked the Eurasian landmass—Neanderthals and Denisovans. As our modern human ancestors migrated through Eurasia, they encountered the Neanderthals and interbred. Because of this, a small amount of Neanderthal DNA was introduced into the modern human gene pool.

Most people living outside of Africa today have a small amount of Neanderthal in them, carried as a living relic of these ancient ‘encounters.’ A team of scientists comparing the full genomes of the two species concluded that most Europeans and Asians have approximately 2 percent Neanderthal DNA. Indigenous sub-Saharan Africans have none, or very little Neanderthal DNA because their ancestors did not migrate through Eurasia. 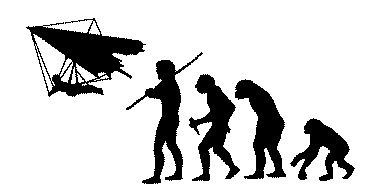 On one level, it’s not surprising that modern humans were able to interbreed with their close cousins. According to one theory, Neanderthals, Denisovans, and all modern humans are all descended from the ancient human Homo heidelbergensis. Between 500,000 to 600,000 years ago, an ancestral group of H. heidelbergensis left Africa and then split shortly after. One branch ventured northwestward into West Asia and Europe and became the Neanderthals. The other branch moved east, becoming Denisovans. By 250,000 years ago H. heidelbergensis in Africa had become Homo sapiens. Our modern human ancestors did not begin their own exodus from Africa until about 70,000 years ago, when they expanded into Eurasia and encountered their ancient cousins.

The revelation that our ancient ancestors mated with one another could help explain one of the great mysteries in anthropology: Why did the Neanderthals disappear? After first venturing out of Africa, Neanderthals thrived in Europe for several hundred thousand years. But they mysteriously died out about 30,000 years ago, roughly around the same time that modern humans arrived in Europe.

Some scientists have suggested modern humans out-competed or outright killed the Neanderthals. But the new genetic evidence provides support for another theory: Perhaps our ancestors made love, not war, with their European cousins, and the Neanderthal lineage disappeared because it was absorbed into the much larger human population.

Even though Neanderthals and Denisovans are both extinct, modern humanity may owe them a debt of gratitude. A 2011 study by Stanford University researchers concluded that many of us carry ancient variants of immune system genes involved in destroying pathogens that arose after we left Africa. One possibility is that these gene variants came from other archaic humans.

Why is Everard Denisovan?

When our ancestors first migrated out of Africa around 60,000 years ago, they were not alone. At least two of our hominid cousins had made the same journey—Neanderthals and Denisovans. Neanderthals, the better known of the two species, left Africa about 300,000 years ago and settled in Europe and parts of western Asia. The Denisovans are a much more recent addition to the human family tree. In 2008, paleoanthropologists digging in a cave in southern Siberia unearthed a 40,000-year-old adult tooth and an exquisitely preserved fossilized pinkie bone that had belonged to a young girl who was between five and seven years old when she died. 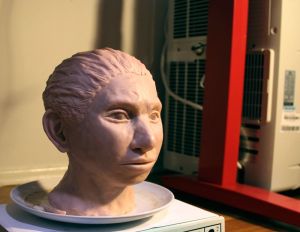 Recently, scientists successfully extracted nuclear DNA from the pinkie bone and conducted comparison studies with the genomes of modern humans and Neanderthals. Studies show the girl was closely related to Neanderthals, yet distinct enough to merit classification as a new species of archaic humans, which scientists named “Denisovan” after the cave where the pinkie bone was found. The Denisovan genome also suggests the young girl had brown hair, eyes, and skin.

Surprisingly, the scientists found genetic overlap between the Denisovan genome and that of some present-day east Asians, and, in particular, a group of Pacific Islanders living in Papua New Guinea, known as the Melanesians. It appears the Denisovans contributed between 3 to 5 percent of their genetic material to the genomes of Melanesians. Scientists think that the most likely explanation is that Denisovans living in eastern Eurasia interbred with the modern human ancestors of Melanesians. When those humans crossed the ocean to reach Papua New Guinea around 45,000 years ago, they brought their Denisovan DNA over with them.

If this genetic mixing did occur, the fact that Denisovans were discovered in Siberia but contributed to the genomes of modern humans living in Southeast Asia suggests the species ranged widely across Asia, although their low genetic diversity also indicates their numbers were never very high.

By comparing the genomes of apes, Denisovans, Neanderthals, and modern humans, scientists hope to identify DNA segments unique to the different groups. Early results already suggest modern humans underwent genetic changes involved with brain function and nervous system development, including ones involved in language development, after splitting from Neanderthals and Denisovans. Identifying and understanding these genetic tweaks could help explain why our species survived and thrived while our close relatives died out.